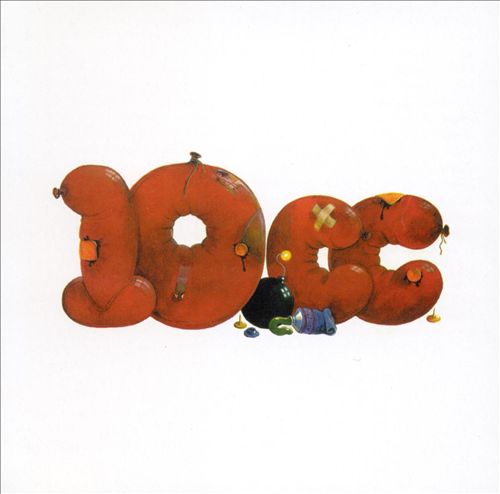 The following entry has been written by a "special" guest writer -

Stegzy delayed playing 10cc by 10cc as he knew I liked 10cc, and then decided I should be the one to write about it. So tonight he popped it on, we settled down to listen...and I discovered something.

I've got a CD called Changing Faces - The very best of 10cc and Godley and Creme. In the distant past I paid someone at work to record it from my cassette tape on to that CD and it has great songs on it like Wall Street Shuffle, Under the thumb (still one of my all time favourite songs) and Dreadlock Holiday. I've listened to it for years, and along with watching a BBC 2 showing of 10cc in concert circa 1970-something (which I enjoyed so much when I saw it that I actively wished time travel existed) I thought I was a fan of 10cc.

Tonight I was proved wrong, because 10cc by 10cc is a big pile of steaming horse shit that didn't talk to me in the slightest. Ok, so it didn't contain any of the later big hits I enjoy so much, but I expected to enjoy it and feel some connection. Nope. Maybe if I was younger and less tired I would play it a few times to see if it grew on me but I'm confident that unless this was the last album on earth that isn't going to happen.
Collapse