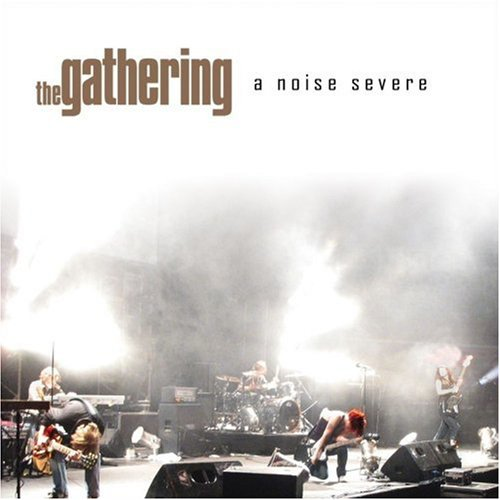 A Noise Severe by The Gathering

I first came across The Gathering ages ago, specifically their album Mandylion. I was immediately transfixed. It was at this time that I started to realise how controlled the British music press and culture is. I did research and found very little in the way of acknowledgement in the UK that this bunch of Dutch rockers actually existed. Why? They had been going for a while, the lead singer was a hot chick called Anneke, and their music was enjoyable, diverse and melodic. So why? Why did they not have as much recognition in the UK than they had on the continent. After all, it wasn't as if they were singing in Dutch or Norse or some weird Scandinavian dialect. They were singing in English.

And bloody good too.

A quick look at their tour history had them touring most of Europe. Big city gigs in the likes of Berlin, Amsterdam, Prague, Liepzig. Festivals all over the place (including Wave Gothik Treffen). But it seemed like they only played the UK a few times, and even then, far off obscure parts (London mostly). Why? The same issue with Ayreon, Sieben and many other artists. Absolutely massively popular in Europe and other parts of the world but in the UK...nothing. Or very little.

Anyway, this album is a live set featuring the lovely Anneke Van Giersbergen who belts out a proper pot pourri of The Gathering's greatest hits. If you're keen to try new "metal"ish rock and you're looking for something different, coherrent and comfortable, I suggest you whet your appetite with this album. Favourites Probably Built in the Fifities and Strange Machines feature as do several tracks from the Mandylion and Home albums but yeah, I think it's a good starting place if you're unfamiliar.

So in what is becoming tradition, here is a little video of my favourite song from the album: 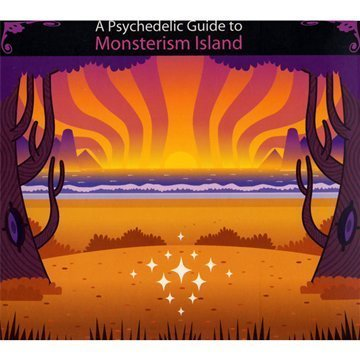 A Psychedelic Guide to Monsterism Island by Various Artists

Towards the end of my most recent exploration of musical genres I kind of rediscovered Psychedilia for myself. One of the many trophies I gathered from my foray was this collection.

Of course, listening to it again I can only assume that somehow my ears had been affected by something. Not drugs. Probably tiredness.

Whatever the case..this is utter bollocks. Except maybe for the fact it has a Belbury Poly tune on it. Nah...it's shite. Don't waste your time....