Today the warehouse radio asked me if I was hanging out my stocking on the wall.Worried I'd fallen through a hole in time, I looked at the date on my phone and saw it was still only the first day of December.
I'm already tired of Christmas.

I think festive lethargy set in some time in the middle of November after the fourth repeated showing of the much anticipated traditional John Lewis commercial. Or it could have been after reading the third local newspaper advertising-press-release-disguised-as-news article about the impending visitation of the Coca-cola lorries. Or it could also have been due to some of my over excited younger work colleagues who have been itching to put up the office Christmas decorations since after Halloween. Whatever the cause, I'm tired of it all. 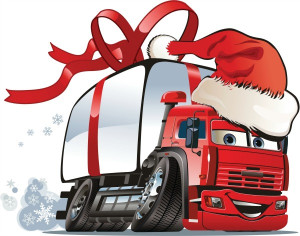 I find it difficult to pinpoint when this annual festive anti-sentiment began. Was it in my twenties when I began to realise the true horrendous cost of the period? Or was it when my annual run-up to the big day became less active? I don't know.
Until recently, the days running up to Christmas was an endless parade of drink, food and parties with friends. Excitement used to well up at the prospect of entertaining friends and family, preparing food and sitting in cosy warm rooms after being in the cold. One by one these elements became jaded and tarnished. Like waiting to eat a delicious cake, hearing everyone talking about how delicious it is without tasting it, hearing about others who have sneaked a piece of the cake while everyone else has to wait for it to be ready and eventually getting the cake only to be disappointed by how flavourless and bland it is, but hey, it's still cake.
Moreover, it seems like the commercial run up to Christmas starts just after Easter with the commercial publicity of next years holidays start while the turkey is still defrosting. Perhaps it is the over commercialisation of Christmas that has ruined the season for me. 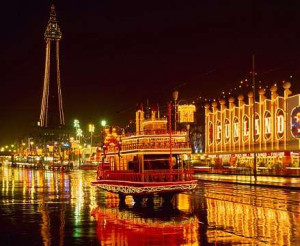 When I was younger, the season seemed to only begin around the 17th. Perhaps it was because of the perceived shame of putting decorations up too early. Yet, in early-November this year, I witnessed a house in one of the less salubrious areas of Daventry bedecked with more illuminations than Blackpool's Golden Mile, a sight unseen in my youth.  Even the supermarkets began their relentless Christmas onslaught early. Offers on festive cheeses and other perishables abound without the slightest thought of the shelf life. Who are these people who are so beyond excitement for the season that they have to cram their cupboards and fridges with  Christmas themed goods in November?
Beyond this astoundment afflicting me, I ponder on the fragility of these times. Maybe next Christmas the Conservative government, so intent on the reversion of society to Major's Victorian Values, will manage to convert the working classes back to cloth capped slum dwelling individuals and families will huddle around a candle trying to keep warm while thinking about those hedonistic days of the post-war years. Or perhaps the world powers will begin their overdue populace thinning through war, disease or famine and the fortunate will be in their underground shelters looking back at these times with tear filled eyes. But all the while I will be trying to restrain myself from joining the many in the oversaturation of Christmas.
Collapse