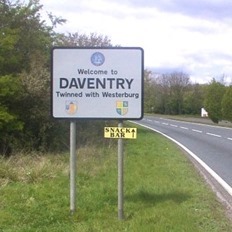 It’s the local elections in Daventry in May this year. As readers of my last post will recall I mentioned that I do something during election time. As long term readers will recall, every election time I offer the opportunity for all candidates to present their case as to why I should vote for them to me personally, in my local pub over a pint or on my couch over a cup of tea.

Historically, I have offered this opportunity since the dark days of Livejournal when I lived in Liverpool and only had two candidates to choose from in my local area. Since then I have offered it both in Barnsley and Leamington Spa where no candidates took me up on my offer.

I was almost not going to bother this year but something happened last year when I moved to Daventry that made me think I’d give it another go.

Daventry is an odd place. It’s older than the hills and yet as modern as Milton Keynes or Warrington. It was as if Daventry was used as a practice during the design of new towns. Thoughtfully zoned areas linked by expressways and peppered with green space. It’s lovely. Internet is a bit pants mind but I couldn’t think of anywhere nicer to live. Except maybe Monaco. Or maybe Bonaire.

The people are very friendly in a way that is akin to one of the more northern areas than one would expect from a small provincial town teetering on the borders of the great North South divide. Yes, that’s right, people actually talk to each other. Something unthinkable in London. 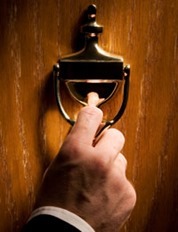 Last year when I moved to Daventry I had a knock on the door from a canvassing local politician. I was so shocked. Unfortunately I had only just moved into the area and hadn’t had time to register to vote in time for the election.  So I would have been wasting his time.


Since then I have tried to become more involved with local politics when my work allows. I’ve done this by annoying the local MP Chris Heaton Harris by asking him, via Twitter, to think about his heroine, Margaret Thatcher’s, impact on miners which resulted in him blocking me and having my tweet removed from my feed.

SMITH David --- The Conservative Party –—Look after the Bankers Party

None of which seem to inspire. None of which actually say anything about themselves on the internet. None of which have knocked on my door and asked how they can represent my interests on the council.

The last time I had this level of choice was when I lived in Liverpool and had the option of BNP (Racist wankers) or Labour.  Of course Labour won that particular election but only by 4 votes or so. It’s like having to choose between horrible death by red hot nails being driven into your eyes and dying from an eye infection of red hot nails .

Every election I tell myself, the next time, I’m going to run. As an independent. Make a really good marketing campaign and actually put myself out there.

Its simple. Engage with your voters, convince them you’re not as bad as the others, make and keep promises and don’t be one of those tossers who tweet shit jokes and referee bollocks on Twitter all day. (Heaton-Harris, yes I mean you!). Actually engage with the electorate. Be accessible and accountable. 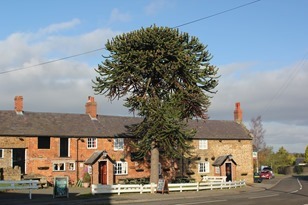 And so once more I open my offer to Mssrs Collins, Gale, Price, Salaman and Smith…get in touch. Speak to me. Let’s chat. Tell me what it is that makes you so deserving of my vote. We can do it over a pint in the White Horse in Norton or you can come and have a cup of tea with me, the cats and the missis. You can bring the press along too. Make a big deal of it. I’m sure the Daventry Express or Gusher as it is known in these parts would love the scoop. Barnsley Chronicle did (or at least they kept my letter to them on file for shits and giggles).