Making the world a better place – Part one 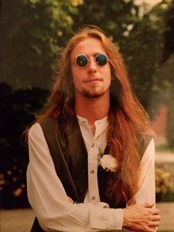 Bloody hippies. Sitting there in their kaftans with their long hair and beards, weaving yogurts and floating vaginas. Why can’t they be pissed off and angry like everyone else.

We have just had elections. Elections where every person who is angry with the current state of affairs in Europe and the UK took out their frustrations on the government by either not voting or by voting for far right loons. Great job! I’m sure we’ll laugh about it when jackbooted fucktards come a knocking to evict us from our homes for none compliance. 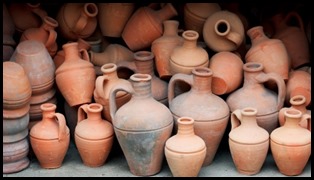 Of course there is a saying. Empty vessels make the most noise. Indeed,  this saying when applied to the current political landscape seems to ring true. Furthermore, this saying applies across all aspects of society. Just look at any newspaper (or news website) and you’ll read about how bad things are. How people in power are horrid. How people who do things do things selfishly or for the rubbing of their own ego, gain and gratification.

But what’s the one thing you don’t read about?

Years ago, and I think I’ve already written about this before, people with lots and lots of money would look about and say:

“Fuck me, I have so much money from building railways/transporting slaves/eating jam <delete as applicable> I don’t know what to do with it!”

Then, armed with wads of cash they would do good things like building churches, hospitals, libraries, club houses or starting mutual societies and cooperatives. Benevolence. Generosity. All for eternal recognition. 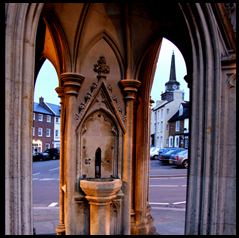 In the UK at least, one only has to take a trip into their nearest town and find monuments to people who have donated or sacrificed something for the benefit of others. Did people moan about that then I wonder? Did the newspapers of the time bemoan the fact that some great benefactor donated land for use as a municipal park? Did people tut and mutter about it? Surely that land would be better used as a factory? Maybe? Who knows? I can’t be arsed to do the research but I imagine it wasn’t like that.

These days, being nasty gets you fame. Being awful and frightful gets you instant celebrity status, or so it seems. To me it seems that being awful and frightful is de rigueur . Think about it, companies don’t have compliments departments do they? Why is this? It is because there is more benefit in providing a shit service and employing people who spend all their day depleting their self-worth levels by listening to people blame them personally for the lack of service or whatever. I know, I used to be one of those employees.

So how can we turn the world into a better place? How can I get people to be nicer to each other? How can I get recognition for good deeds done to humanity?

You’ll just have to come back later and read all about it.