Five years before this photograph was taken the Dovedale Towers was my local pub. More often than not, mostly on Tuesday nights, you'd find me there either propping the bar, doing the quiz or playing pool with friends.

In 2003 I was preparing to move into my first house with my first wife in the nearby suburb of Woolton, which is where I grew up.

This song has been my ear worm since the weekend.

A: "We're going to {far off place} it will take us {long unspecified time} to get there. Do you want to go to the toilet before we set off as there will be no stopping to go after we set off?"

[Some miles down the road]

A: "No, you made your decision"

Deep in darkest Dorset is the delightful coastal town of Swanage where, like most British seaside towns, time has stood still. During my tour of seaside towns, I've noticed this is common place. For example, Douglas and the Isle of Man are trapped in a Scarfolkesque late 50s early-60s time bubble, Scarborough in a weird pre/post-mining eighteen/nineteen eighties decay, Skegness screams nineties revival, while Margate and Torquay languish in a struggling time recession of post-industrial Britain 1986. 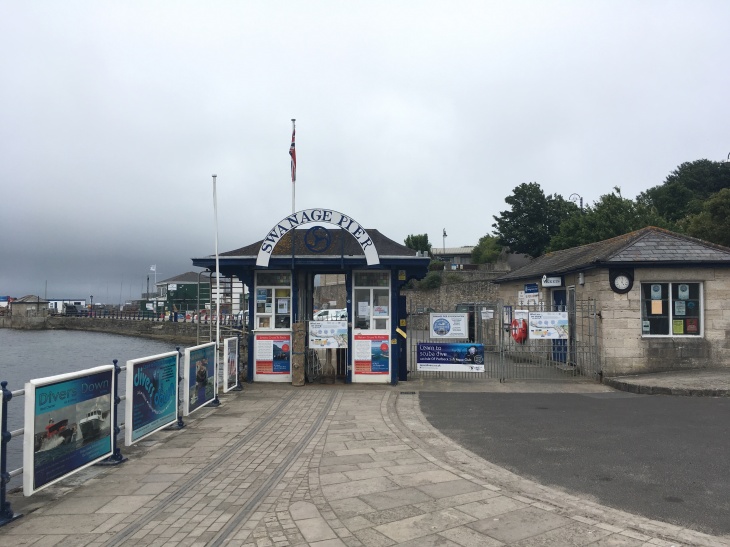 Swanage however sits in a semi-forgotten hauntological time zone where grandparents who, having retired to the seaside, now live. Independent shops,  discrete amusement arcades and a well-kept promenade with formal gardens show that Swanage is the Utopia of seaside towns. Even the pier, currently undergoing refurbishment, lacks the usual British Pier atmosphere of kiss-me-quick hats, the aroma of fresh doughnuts and the sound of wailing kids.

Getting to Swanage is probably best when approached from the east. Catching the chain ferry from the Sandbanks area of the conurbation of Poole-cum-Bournemouth, is like catching a ferry to some foreign country only without the need for border or passport checks. Indeed, once you arrive in Studland, even the landscape looks alien making you feel like you've gone abroad for the bargain price of £4.50. Then when the weirdly independent town of Swanage comes into view, the feeling of being in some weird off shore British island like Jersey, the Isle of Man or White is stronger. Moreover, possibly the biggest difference to other typical British seaside towns is the regularly audible and familiar toot and chuff of a steam engine for Swanage is home to the Swanage steam railway. Unlike Douglas in the Isle of Man, steam is not the main form of public transport to neighbouring areas in Swanage, it is, however, the easiest way to get to the eerie Corfe Castle.

The crumbling edifice of Corfe Castle looms out of the sea mist and inspires thoughts of knights, kings, princes and dirty peasants. Some say it inspired Enid Blyton's Kirrin Castle in her Famous Five books, but you really could say that about any of the castles in the area indeed, it is clear to see why the area attracts coach loads of tourists and often the tiny streets of Corfe Castle village are riven with ambling shufflers gawping at every nook and cranny, some unable to comprehend the age of the place when compared to their own country's history. 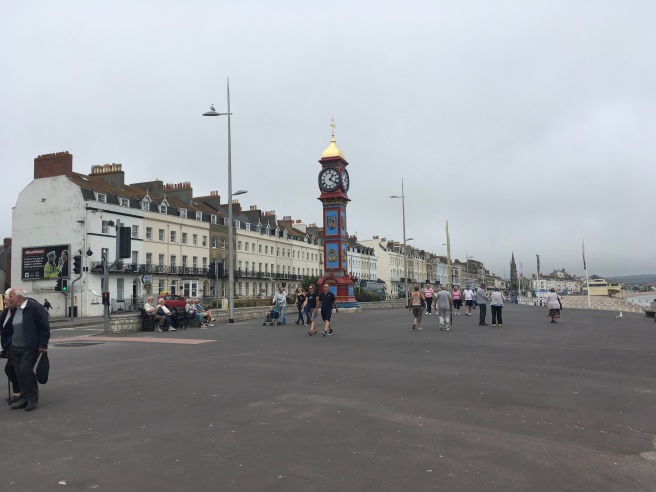 Further into Dorset one can also visit, by contrast, the town of Weymouth with its award-winning beach. However, step beyond the hustle and bustle of the Blackpoolesque promenade and enter the ramshackle and tatty environs of the town, one can clearly see how lack of investment in seaside towns has become detrimental to the social community and infrastructure at large. Empty high street shops, lumbering shufflers and decaying buildings. Tattoo and massage parlours, the miasma of cooking takeaways and openly smoked cannabis, the sight of drugged up beggars and opportunist criminals highlights the betray and decay of a society through lack of investment promised by successive local government officials who no doubt only visit the area when official business requires their presence.

However all is not entirely gloomy. The Bill of Portland where Portland stone is still quarried is nearby, where it too attracts coaches of tourists with its lighthouse and scenery. As a young boy, I would look longingly at my wall hung A0 map of the UK while listening to BBC Radio 4's Shipping Forecast and try to imagine how sweater wearing bearded sea-worn gentlemen would be struggling against the elements while putting on their Sou'westers and goloshes. The reality is dramatic but features no stereotypical fishermen these days.

Another location worth a visit and one that also the young Stegzy would dream about visiting is Chesil Beach; a unique natural heritage site where one can observe for ones self the effects of coastal erosion on stones. As well as an expanse of stones stretching out towards West Bay and Exmoor, there is a fantastic visitors centre which hopefully will inspire other young people to enhance their knowledge about the natural coastal forces and nature.

Back at Swanage as the sea mist rolls inland and the occasional eerie toot of steam train is heard, the contrast of investment in coastal areas is plain to see. From the modernist style of the cinema/theatre the Mowlem, to the well kept promenade with discrete amusment arcades. It seems the regions tourist board relys heavily on the natural wonders of the Isle of Purbeck, and why not! A visit to the nearby Durlston Country Park and Anvil Head will no doubt long-closedghts of misplaced childhood adventures, perhaps exploring the long closed Tilly Whim Caves or scrambling over the rocks to Anvil Head Lighthouse.

In all Swanage is very genteel. A relaxing locale for those more interested in nature and natural beauty over rowdy bars and vomit soaked pavements. I'd definately go back.

In case you've been in an Argentinian coal mine for the past week or so, at the weekend bumbling ginger nut royal, Prince Harry, married someone he met a few years back and the entire UK  shut down.

Of course, it didn't really. I'd say a good deal of people couldn't give a flying fridge about some overprivileged bloke tying the knot and an even greater deal of people couldn't care less about the football that coincided either. I'd also say that many people, Mrs Gnomepants v2.0 and myself included,  used the opportunity to sneak away and do something awesome instead.

Where did we go for this awesome adventure? Why! Cleethorpes of course!!

And it beat watching some posh kid get married.